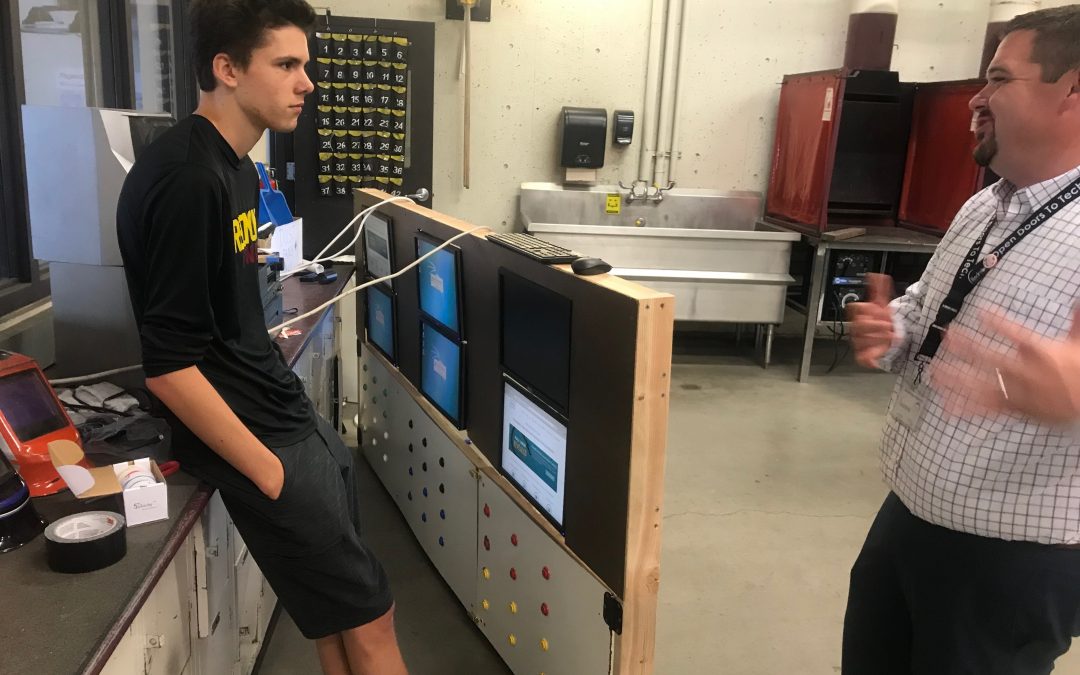 An inspiring idea turned into an awesome summer project for Redmond School District student interns.  Recent RHS graduate, Isaac Hathaway and RVHS Senior, August Johnson, were hired for the summer to assist the technology department into getting RSD Chromebooks ready for students for the new school year, but little did they know, Mike Nye, RSD’s Assitant Director of Instructional Technology had more in store for them.  He gave them the idea of developing a digital display case so that students could show their work throughout the year, with a push of a button!

This interactive digital display case could be used school-wide, showing information on upcoming activities, activities in progress, and a showcase of work for all classes in the school.  This project consisted of using several used monitors, Makey Makey’s, Raspberry Pi’s, some oversized buttons, and a lot of ingenuity, to design, program, and construct a functional display board.  The first iteration of the project was also developed in hopes that other students from the middle and high schools could take on this project themselves, and create a more personalized version for their school.

As for now, the prototype is still in test mode, in hopes that it will be interactively ready for public display soon!  Are your students interested in this sort of project for your school?  Contact Mike Nye or Vickie Perryman for more information.  A big thank you to Issac and August for making an idea become a reality for RSD schools. 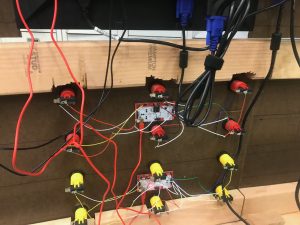 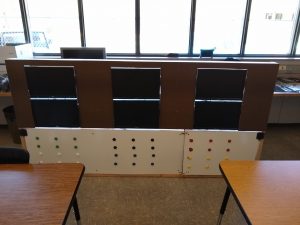