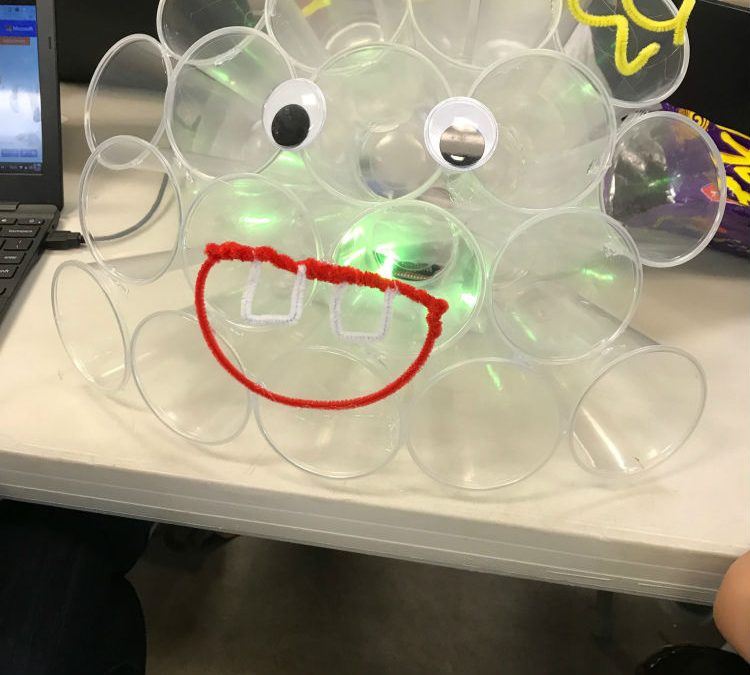 In April of 2018, the Make-A-Thon frenzy began as Obsidian Middle School hosted the first RSD Make-A-Thon.  What is a Make-A-Thon, you say?  Designed to bring all ages and levels of learning together, to work in teams, and learn a new tech tool to help solve a real-world problem.  The Make-A-Thon at OMS was held in the commons and cafeteria area of the school where middle school students from EGMS and OMS, along with RHS and RVHS students, teachers, and members of the community, all went through the process of learning how to use The SparkFun Inventor’s Kit (SIK) together.  In doing so, each group of 6 team members learned a little about programming and electronics to then created a prototype to help solve a unique problem. Check out the article from the Redmond Spokesman, highlighting the event, as well. Of those that participated, it truly was a day to remember! later that year, The Deschutes Team at EGMS continued the momentum and did their own Make-A-Thon where kids took the reigns and learned how to use the kit and create the prototype on their own as they worked in teams.  And, to start off the year, Camp 9 ran their own version. Design thinking, collaboration, effective communication, and creativity at its best!  Stay tuned for more Make-a-Thons around the District this year!  They’re going to be AMAZING!!! 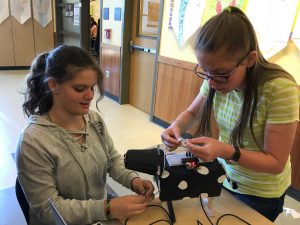 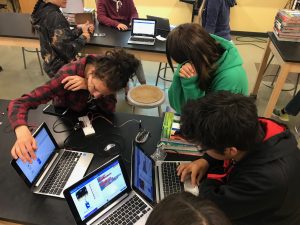 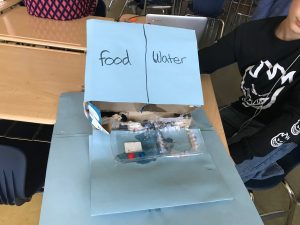 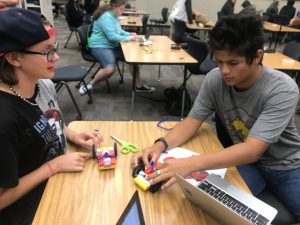 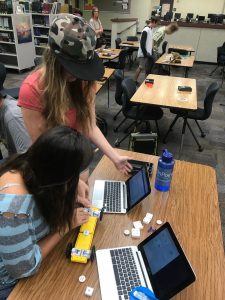 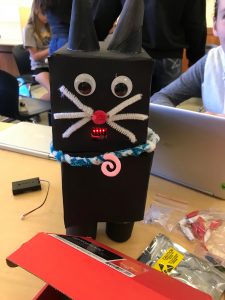 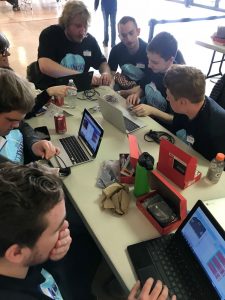 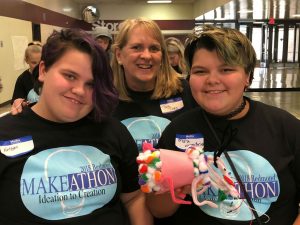 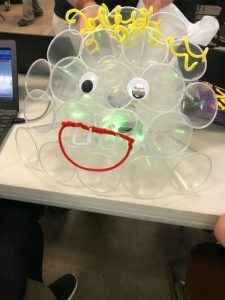